Welcome to the next installment of the Eliciting Sounds Series. You can check out the other posts in this series HERE. now, let’s get started on the /k/ and /g/ sounds! (There are affiliate links in this post for your convenience) 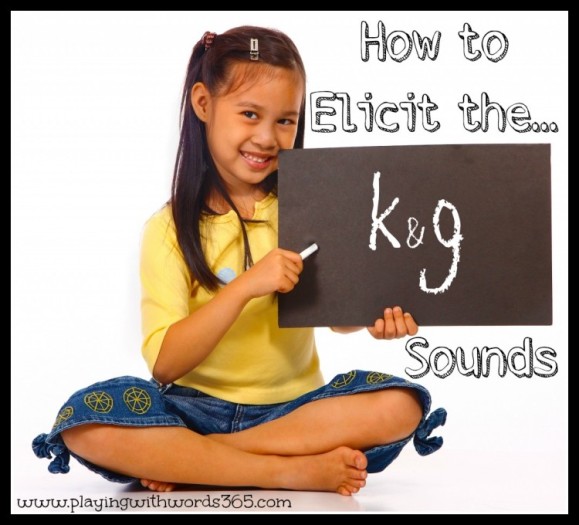 MY Tips for Eliciting the K & G Sounds

Here are MY tips for eliciting the /k/ and /g/ sound that I personally have found effective:

Just like for the /r/ sound, a fantastic 3 dimensional visual aide I like to use when teaching sounds is the Jumbo Mighty Mouth Hand Puppet from SuperDuperInc. I also have used play doh to make a tongue and mold it into the shape it needs to be in for a given sound (you see this on my Tips to Teach the /r/ Post)

You can use some different items to assist in providing a child with some tactile/proprioceptive feedback when teaching the /k/ and /g/. Here are a few examples!

Links to other Tips and Tricks for K & G

Looking for more? Here are links to other posts on the subject of /k/ and /g/:

Check back tomorrow for Part Two, where I share some products, programs and resources for eliciting and treating the K & G!

Don’t want to miss future posts? You can have posts delivered via email! just click HERE (be sure to watch for the confirmation email). You can also follow along on Facebook and Pinterest for even more speech and language information and fun!