If you follow along on this blog, you know that I am not an “app person.” I am pretty much the last person you will want to ask for appÂ recommendations because I just don’t use them very often. However, when I recently contacted by the developer of a new app for Childhood Apraxia of Speech (an area of interest for me) I decided to take them up on their request for a review. I was provided the App code at no cost in exchange for my honest review of the product. As always, all thoughts and opinions are mine alone and are notÂ influencedÂ by the free product.Â

Speech Therapy for Apraxia was developed by the National Association for Child Development team, including a certified speech-language pathologist. The developer, Blue Whale,Â  says this “appÂ provides choices of different phonemes to target and moves through a progression of levels that challenge motor planning for speech” and “working at the syllable level, it begins at the production of single syllables and progresses through increasingly difficult production sequences all the way to the production of sequences of random syllables.”

Who is This App For?

According to the developer, this app is designed to be used with the following:

What are the Features of This App

According to the developer, features of this app include:

The App in Use

On the first page, you will find a small menu where you can go to instructions, or just head straight to getting started 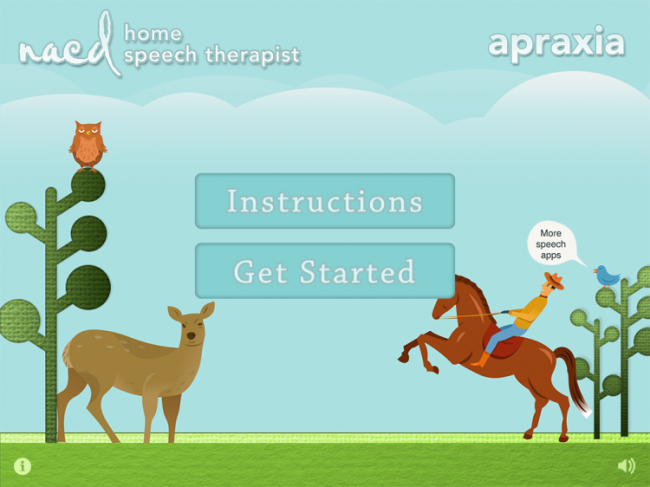 When you get started, you will be prompted to pick a consonant sound group, which are generally in developmental sequence as well as being organized into approx place of articulation. You cannot pick phonemes individually in this app. 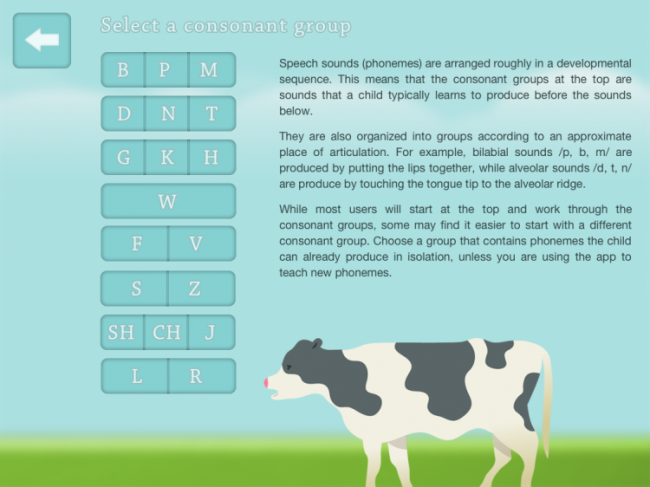 For my example, I picked G K H.

When you pick your sounds set, you then need to pick a level to work on. There are 8 levels:

Level 1: productions one syllable at a time 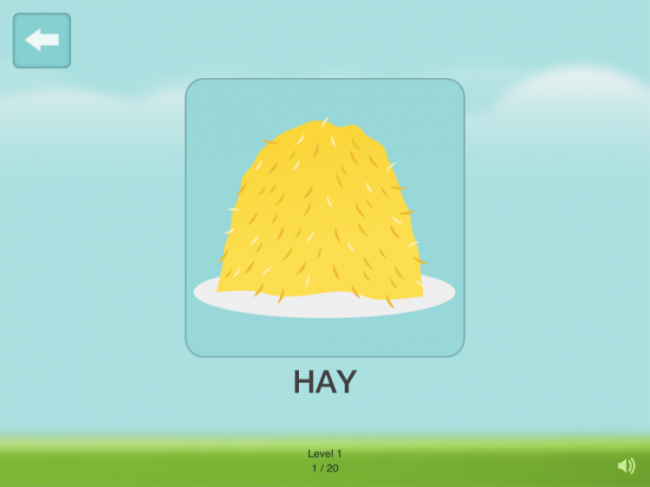 Level 2: productions of three reps of one syllable 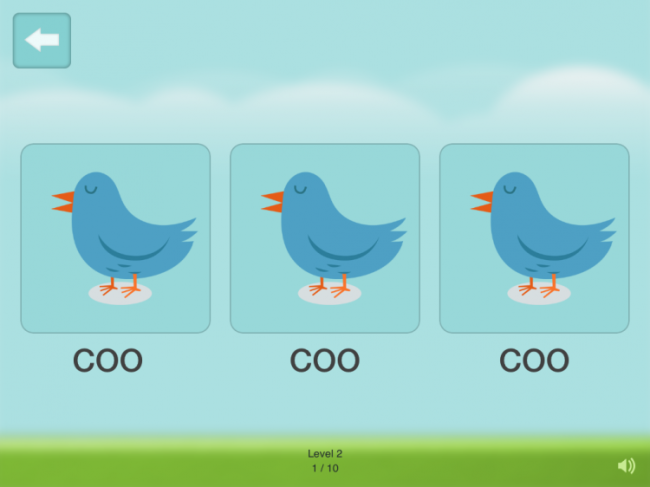 Level 3: productions of five clear reps of the same syllable 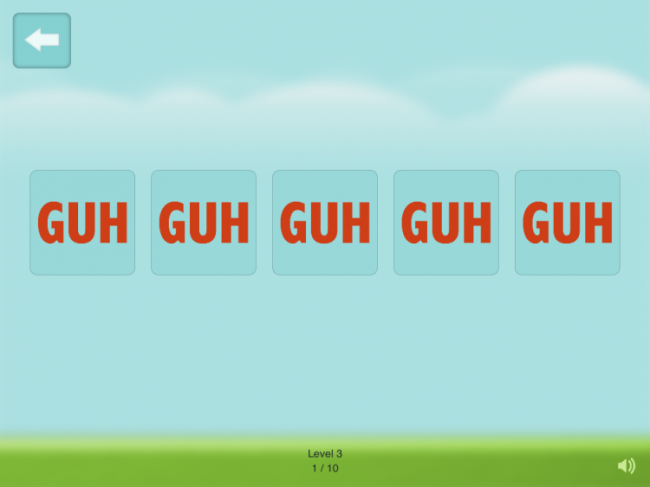 Level 4: productions of 4 reps of the same syllable, then changes to a different syllable at the end containing the same sound but a new vowel 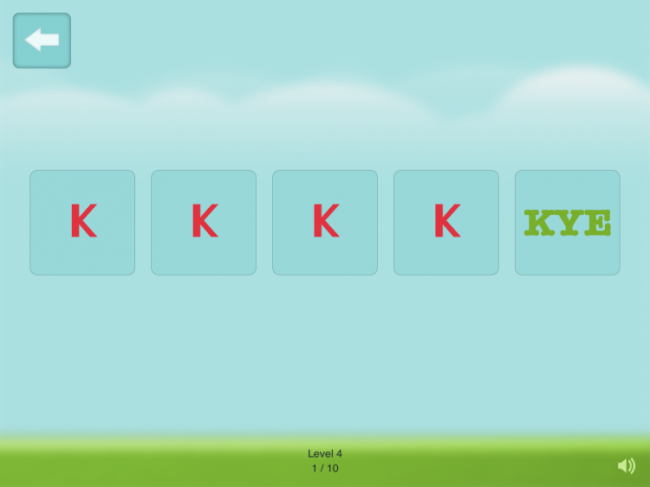 Level 5: productions of two syllables that alternate back and forth in sequence 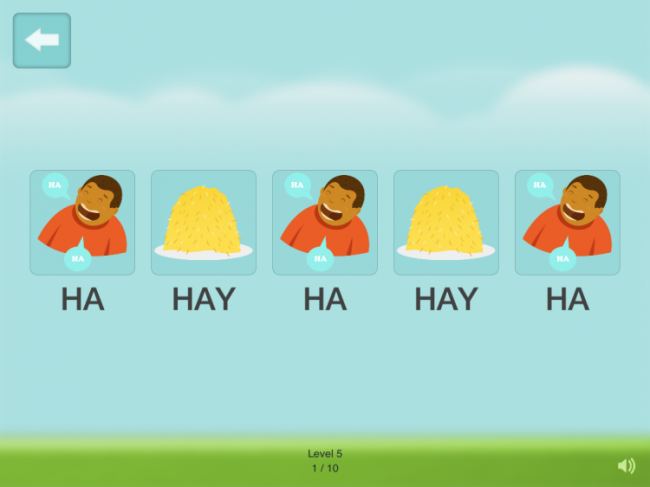 Level 6: productions of syllables that start with the same sound, differ in vowel, and have a random arrangement in the sequence 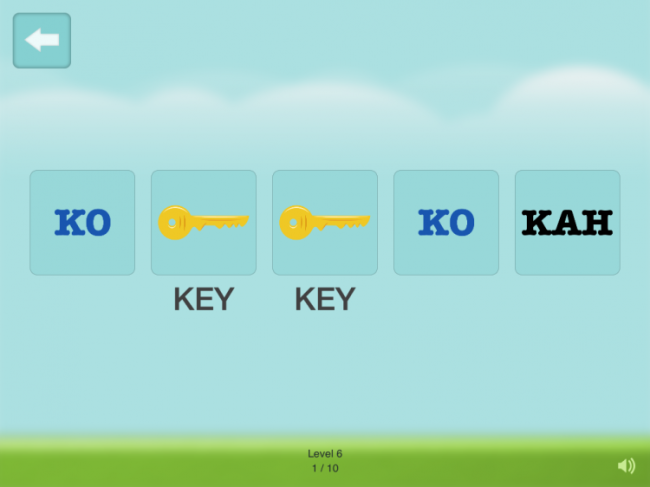 Level 7: productions of random arrangements of syllables with varied consonant and vowel sound, but all consonants are from the chosen sound group 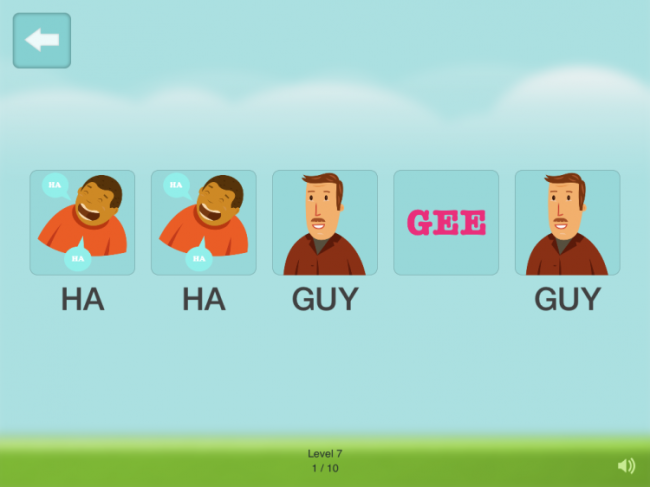 Level 8: productions of random combinations of any of the syllables that have been worked on in previous levels. 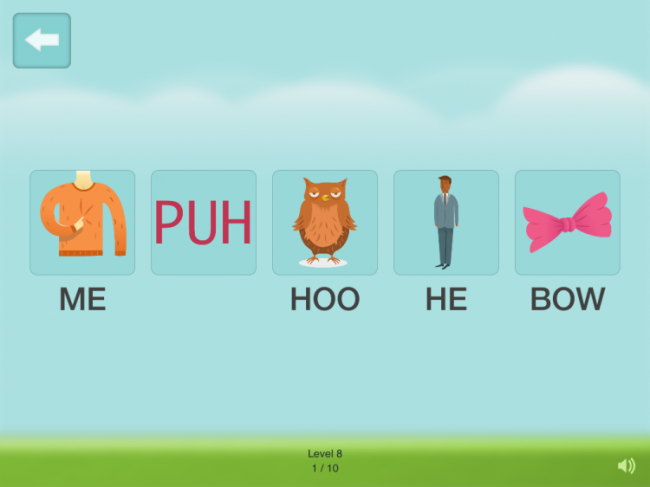 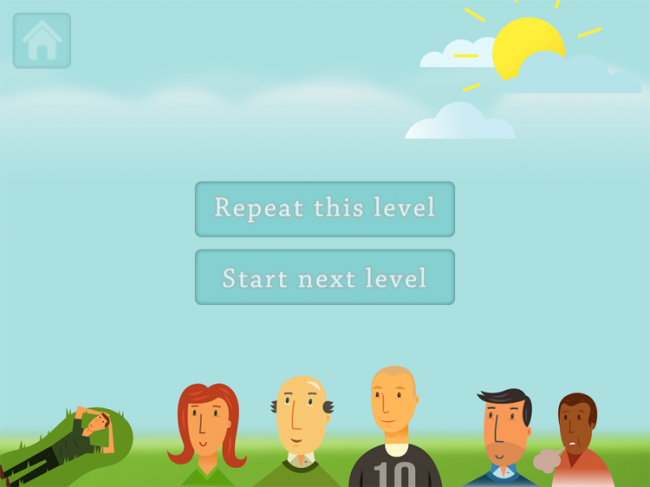 The Pros and Cons of this App

I think this is a pretty comprehensive app for the cost. I wish there was a way to track data for individual clients, but for $4.99 you can just do that with penn and paper.

Where Can You Buy this App?

You can purchase this app at the iTunes App StoreÂ for only $4.99.

So, have YOU used this app? What do you think?