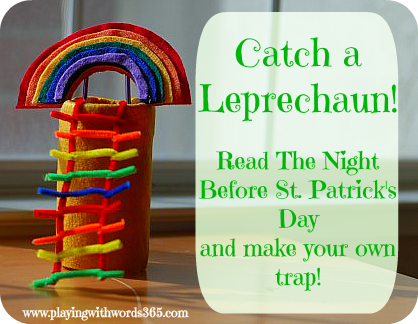 Recently I had some time to myself (which was AWESOME but a rarity) so I headed to the bookstore to check out some St. Patrick’s Day and Easter Books. I looked through several that were too much for my kids, and some that were just, well, lame. But then I came across The Night Before St. Patrick’s Day by Natasha Wing. If you couldn’t figure out by the name, it is written much like Twas The Night Before Christmas. 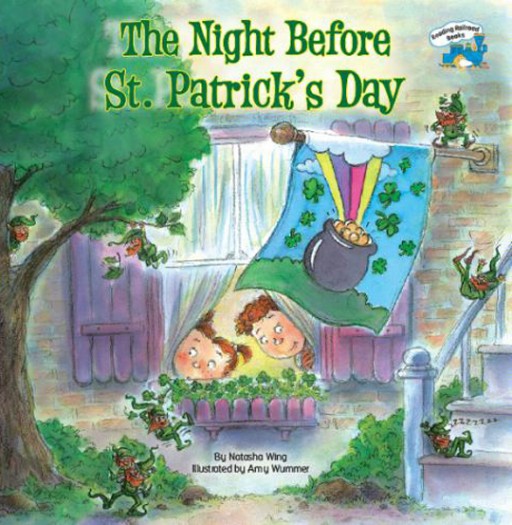 I brought it home and we read it before bed that night and my daughter LOVED IT! I mean, I-had-to-read-it-again and I-have-to-read-it-multiple-times-a-day-now kind of love. Let me tell you what my daughter loves about it:

I also immediately fell in love with this book. Let me tell you why *I* Love it:

I decided that a fun activity to go along with this story would be to make our own Leprechaun trap! In the book the kids make several and there are pictures of them: 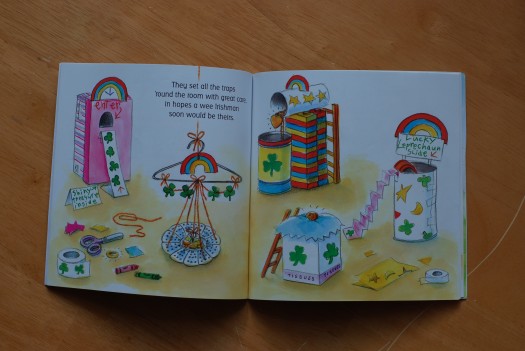 So we used one as an inspiration to make ours! Here it is! 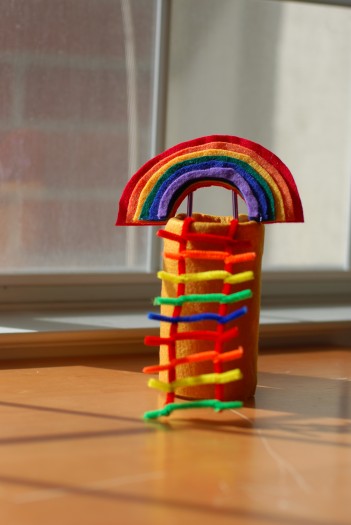 How we made it: 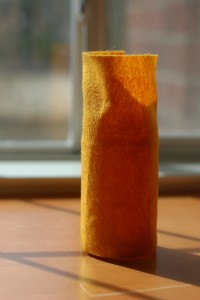 First we hot glued felt around a mason jar 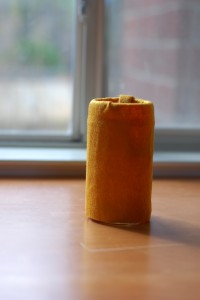 Then we tucked in the top 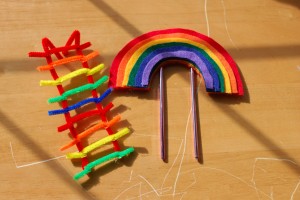 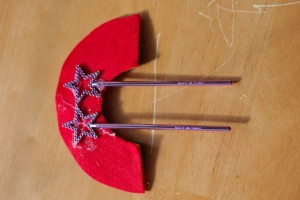 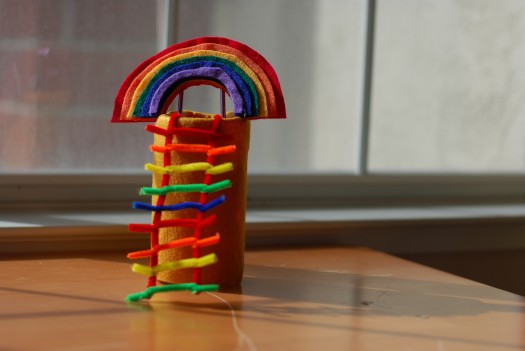 We placed the rainbow on top and hung the ladder on the side, so that the Leprechaun will climb up and fall in!

We had a BLAST making it together! We will put it out the night before St. Patrick’s day with something in it to entice him, and see if we can catch a little Irishman! 😉

If you decide to make a Leprechaun trap, be sure to check out my post on how to work on language skills while doing crafts.

I HIGHLY recommend The Night Before St. Patrick’s Day