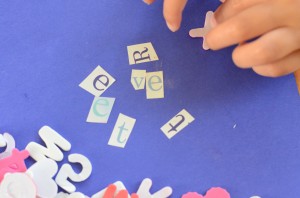 That morning she found some random advertisement card and just had to bring it to school to share. On the way to school she was “reading” the card to me and I realized that she was naming many of the letters in her own name. “E, E, A, S.” This got me pretty excited. You see…E hasn’t really been that into learning letters until recently. I have tried on and off since she turned two but it just wasn’t her thing. She would rather dress up in a tutu and push her babies around in the grocery cart as she talks on the “phone” to her friends.

I get it. That is WAY cooler than learning the letters of the alphabet.

But hearing her talk about the letters in her name inspired me to offer her a letter activity today and she jumped on it immediately! AND she really enjoyed it! We went on a letter hunt.

Where you might ask? Well in a Pottery Barn Kids Catalog of course! 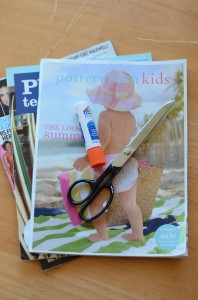 How to go on your OWN letter hunt 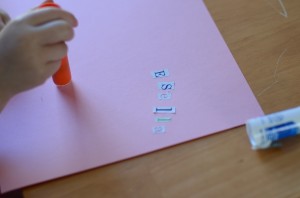 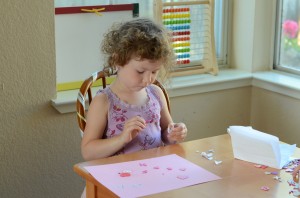 Yup, that’s it….pretty simple! My daughter really did LOVE this. We may need to start going on more letter hunts!