Oh that /r/. The DREADED /r/. This is the sound that gets so many of us SLPs all annoyed because it can beÂ so darn hard to teach. Today, I am going to share with you MY tips for eliciting the /r/, talk about some “devices” you can use to elicit the /r/ and then we will “hear” from your fellow SLPs who weighed in on this subject as well. Then tomorrow check back for Part Two where I will share some great products and programs you can use to elicit and treat the /r/ sound. (FYI There are affiliate links in this post to Amazon for your convenience) 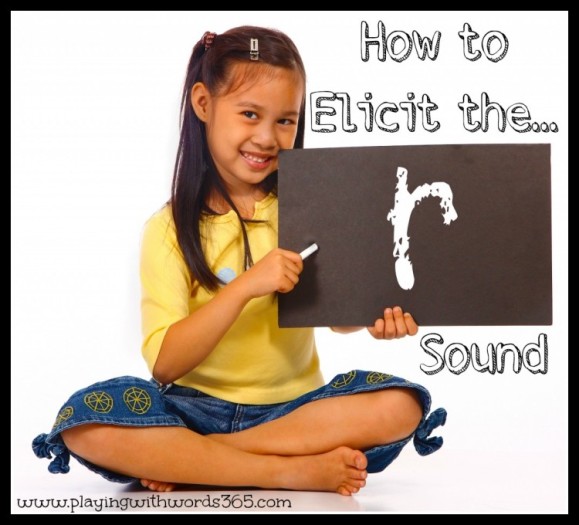 MY Tips for Eliciting the /r/ Sound

I actually already wrote an entire post on this. As one of my most popular posts of all time, you can read it HERE. I use a combo of all SORTS multi sensory methods to elicit the /r/ and I share them in that post! So get your mirrors, play dough, and DumDums out and check it out! 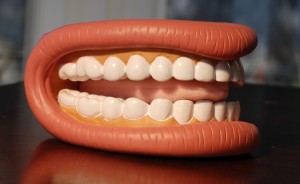 Many of the books/programs that I will be sharing tomorrow provide visual aides to help you show children how to produce the /r/. However another fantastic 3 dimensional visual aide I like to use (as you will read in my post linked above) is the Jumbo Mighty Mouth Hand Puppet from SuperDuperInc.

You also can buy commercial devices or household items to help you elicit the /r/ sound. Here are a few examples!

A few months ago I posted a survey, and a bunch of my fellow SLPs were kind enough to participate by leaving their tips to eliciting the /r/ sound. I went ahead and just copied their responses word for word here, so there be some overlap but with slightly different twists. The biggest recommendation I can make to those of you new to the /r/ is that there is no one size fits all way to elicit the /r/. You may have some tricks that work for most students, but then you’ll have that oneÂ that just will challenge you! Here are the tips from your fantastic fellow SLPs who took the time to fill out the survey’s:

Links to other Tips and Tricks for the /r/

Looking for MORE tips? Here are some links to come other posts on the subject:

Check back tomorrow for Part Two, where I share some products, programs and resources for eliciting and treating the /r/!Â  Don’t want to miss future posts? You can have posts delivered via email! just clickÂ HEREÂ (be sure to watch for the confirmation email). You can also follow along onÂ FacebookÂ andÂ PinterestÂ for even more speech and language information and fun!