I told you I wrote a post! Ha! Here it is…a little update on my daughter…

As many of you know, my daughter has Juvenile Arthritis. She was diagnosed at the ripe old age of two, when I was VERY pregnant with Ev. You can read her story HERE. 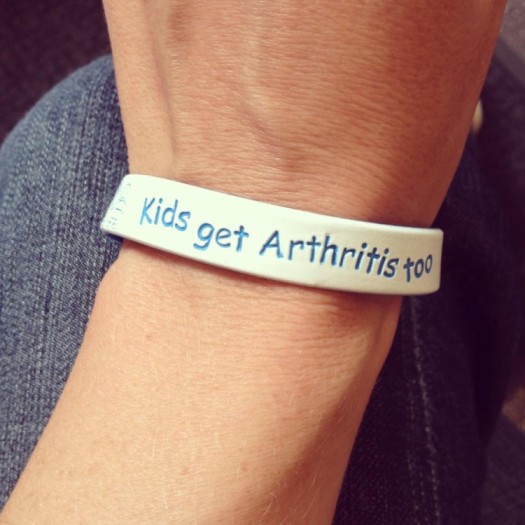 She has been through a few procedures, including a joint injection and an MRI, both under sedation. She has endured countless blood draws and doctors appointments and even had to have both physical and occupational therapy. She was on an injectable chemotherapy medication for almost 2 years to suppress her immune system, and it did itâ€™s job: it quieted her disease and eliminated the inflammation in her little body. However, she also paid a price for this. The medication made her terribly sick to her stomach. Even THINKING about the medication made her gag. She began hiding from us when it was â€œshot nightâ€ and would cry and BEG us not to give her her medication.

As you might gather, this was very taxing on our family. There were tears (and not just from her). There was anxiety, guilt, and sadness.

But her disease was doing well, so we stopped her medication. And we enjoyed 6 full months of non-medicated â€œremission.â€ She was doing great, feeling great, and our family was happier as a whole.

A few weeks ago, however, that all changed. I noticed a joint on one of her fingers looked oddâ€¦sure enough it was swollen. This particular joint, the one closest to the fingernail, had never been swollen before. I emailed her doctor first thing the next morning, and she called me right away.

We were hoping maybe this would be a short term flare due to a virus, but unfortunately the swelling never went away. We went in to have her pediatric rheumatologist check her over, and we found that her knee was also inflamed, as well as a toe. Ironically, just the week before I noticed the swollen finger, she had told her dance teacher that she could not jump on her “juvenile arthritis leg” but I just thought she said this because she has recently been learning more about her illness and she was using words to talk about it. 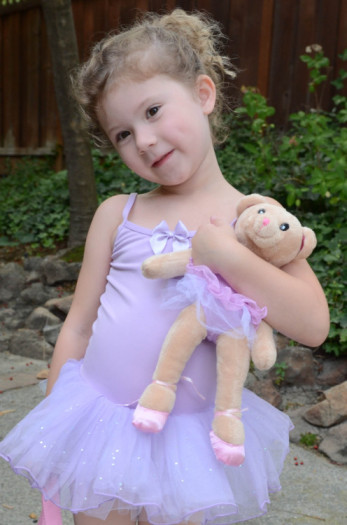 E the day she told her dance teacher sheÂ couldn’t jump on her “juvenile arthritis leg.”

But I was wrong. The monster we call JA was back in full force, and attacking her tiny little body again.

You see, JA is an auto immune disease. Eâ€™s immune system is SO GOOD that it not only fights off common viruses like a ninja, but it doesnâ€™t seem to know how to stop and continues on to attack her own tissues.

E rarely gets sick. She did not get a fever until she was over 2 years old and her JA had been diagnosed. The only time she gets a fever, is when she is VERY SICK. Like, ear infections and lung infections sick. Iâ€™m telling you, ninja like immune system.

If only the Ninja knew when it was time to chill out.

So now, we are going to try a different medication to help calm her immune system. Hopefully it will not make her so sick and it will get her back into a remission before too much damage is done.

Because even though E never complains of pain, we can see her compensating. She is favoring her good leg again. Sometimes she has a slight limp.

It makes our hearts hurt. Because we know her body is being damaged. And we canâ€™t fix it.

Esella is one of over 300,000 children with Juvenile Arthritis. Unfortunately, so many children go misdiagnosed/undiagnosed far too long. Then when they DO get diagnosed, it can be very scary territory. There is such scattered information online and you never know what to believe. Many doctors simply are uninformed as well, which makes diagnosis and treatment that much more complicated. When E was diagnosed, I immediately started looking for information online and was disappointed in what I found. I wanted more!

I wasnâ€™t the only one who noticed there was a need for more information out there. My friend Kim, and fellow JA Mom x2, has written a book called Living with Juvenile Arthritis: A Parent’s Guide

. I’m just finishing it up and soon Iâ€™m going to tell you more about this great new resource. If you are a parent with a child with JA or a professional who works with children with JA, this book is a must read. But more on that VERY soon!

We go today to learn how to mix and administer her new medication. Wish us luck!